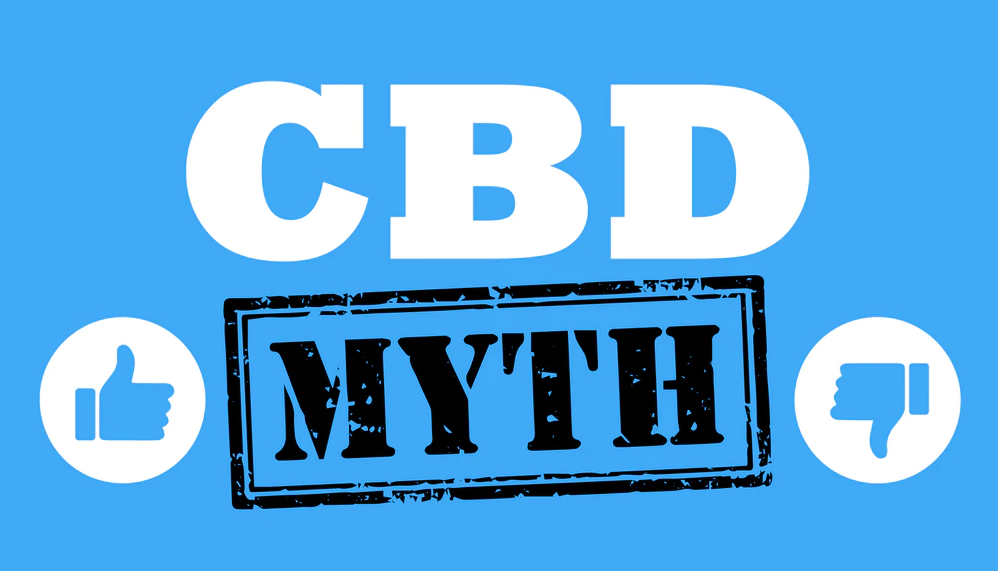 There are a number of myths and misconceptions regarding CBD, its uses, and its legality. Here at Hemp Living, we are working to debunk those myths! Read about the top 5 misconceptions we usually hear about CBD. 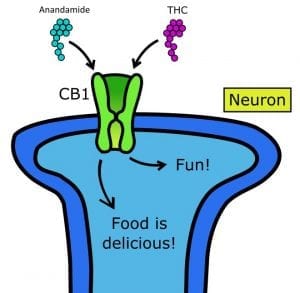 This is categorically untrue. The high that is associated with Cannabis-derived Cannabinoids is THC or Tetrahydrocannabinol. THC is the most prevalent Cannabinoid in Hemp, in front of Cannabidiol (CBD). While we have posts that go deeper into this topic, the short story is that THC naturally imitates a chemical naturally produced in the body called Anandamide. This chemical gives us good feelings and is thought to be a component of the “runner’s high.” Once THC enters your system, it acts as a synthetic Anandamide by binding to the same receptors in your body. The result is a THC “high.” CBD however, does not interact with the CB1 receptor in the same way and does not copy Anandamide. All that is to say, THC and CBD work in completely different ways with the user and CBD definitely does not get you high.

This calls back to the introduction. CBD is illegal for the people who it benefits for it to be illegal. The truth of the matter is, the 2014 Federal Farm Bill signed by President Obama classifies Hemp as possessing less than .3% THC and distinct from Marijuana. Along with this, the Controlled Substances Act permits extracts from certain parts of the Hemp plant, like the stalk and seeds, known to have low concentrations of THC. So, any products derived from the “legal” parts of the Hemp plant with concentrations of under 0.3% THC is considered legal to distribute and consume. We encourage readers to look at the laws within their states, as they have more of an influence on individuals than Federal laws do. There are as many as 18 states that have CBD-specific laws, including Hemp Bombs’ home state of Florida. As per our CBD lab tests, Hemp Bombs products are below the .3% THC threshold and sourced from European Industrial Hemp, and are completely legal to consume. 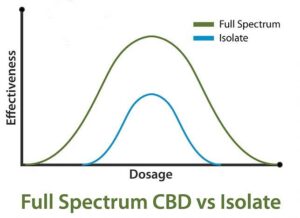 Myth #3: I Only Care About CBD

This is one of the leading myths in the CBD world right now. Because of the binary understanding of CBD vs. THC, consumers buy into the idea that Cannabidiol is the only Cannabinoid of value. For anyone who has done their research, we know that this isn’t the case. While we go into greater detail on Full Spectrum CBD in other posts, thinking that CBD is the only Cannabinoid that matters is flat wrong. While CBD has documented therapeutic value, it’s less effective by itself than the combination of up to 85 Cannabinoids found in Industrial Hemp.

As you can see by the image, Full Spectrum CBD has a much more profound effect than CBD Isolate alone, both in terms of effectiveness and dosage. The next time you purchase a CBD product, be sure to look out for:

If on your search you run into a company that sells “CBD Isolates” or “CBD-only” products, know that a multiple-Cannabinoid approach is going to be the most effective.

We’re looking at you, Big Pharma. Another myth circulating the internet is that Cannabidiol is nothing more than a “placebo” product and doesn’t do what it says it does. That idea is completely false. Organizations like Project CBD are dedicated to researching and compiling evidence on the therapeutic value of CBD as well as the other Cannabinoids. In fact, studies published by the National Institute of Drug Abuse, celebrated the positive effect Cannabidiol has on:

Anxiety There’s just no basis to dismiss CBD as pseudoscience. It’s only because of CBD’s ability to affect the Endocannabinoid System that it has such a profound therapeutic effect. It’s this system that may be the most important physiologic system for human health. After Cannabidiol enters the system, it becomes polypharmacological. That means it has multiple therapeutic uses. There’s no doubt surrounding the effectiveness of CBD. That’s just science.

Myth #5: CBD is for Adults Only

There’s also a misunderstanding about who can use CBD products. Hemp Bomb CBD products consistently test at 0% active THC. While you can go more in-depth about the differences between CBD and THC, the gist is that Hemp Bombs products are not psychoactive in any way. For this reason, people of all ages can benefit from CBD without worrying about side effects. In fact, it was a five-year-old Charlotte Figi that began to popularize the therapeutic benefits of CBD. Charlotte has a rare disease called Dravet Syndrome which has an onset in children as young as one. By the age of five, Charlotte was experiencing hundreds of seizures a day and had even had her heart fail on occasion. By the time Charlotte’s parents considered CBD, they had exhausted all their resources. After giving Charlotte the CBD treatment, there was an immediate dropoff in her seizures. To this day, Charlotte uses CBD to ward off her seizures, allowing her to live a more functional life. Hemp Bombs produces clean and safe products for all ages. If there is anything that Charlotte can teach us, it is that CBD is not age-dependent.

While there is much misinformation surrounding CBD and even individual brands themselves, Hemp Bombs is a brand you can trust. We have welcomed visitors into our offices and even gone so far as to publish lab tests online. We respond to all customer questions in short order and design our website to be responsive to our customers. While myths are an inevitability, Hemp Bombs does its best to clear up the confusion