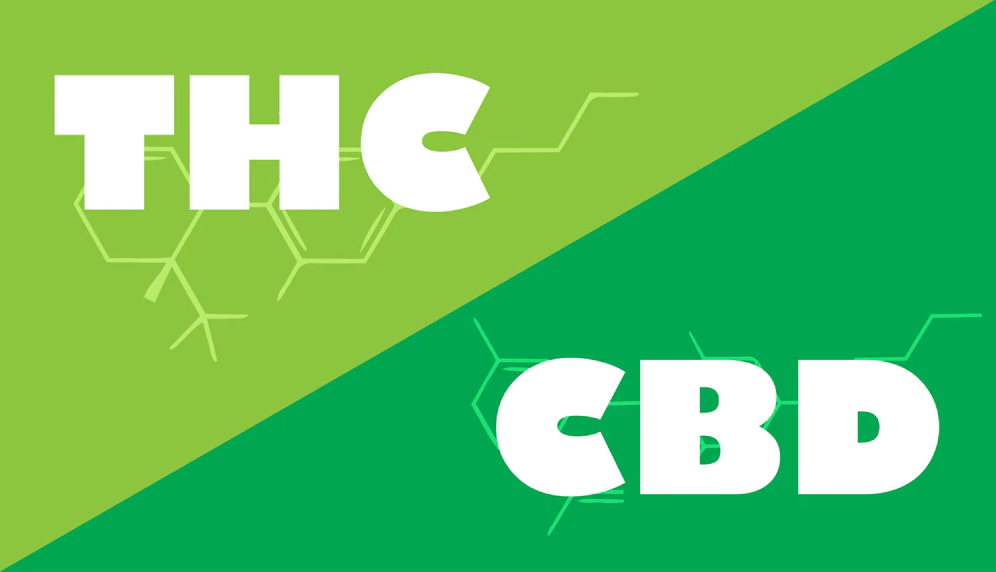 Of the two major compounds in Cannabis Sativa, THC has received the most press. It’s true that whenever someone thinks of “Cannabis,” their first thought is the psychoactive properties of THC, the “high” part of the plant. However, this is changing. With more and more people have experienced the therapeutic benefits of other Cannabinoids like CBD (Cannabidiol), other plant properties are coming to the fore. While THC and CBD are both active Cannabinoids found in Cannabis Sativa, they are chemicals with different physiological effects. Some people will go so far as to support the use of one Cannabinoid but not the other. So what is it exactly that makes these co-occurring compounds different? 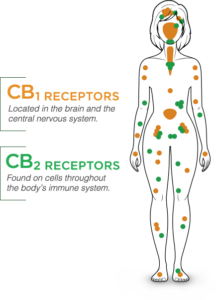 Key to understanding the different physiological effects of THC and CBD Fare the Cannabinoid receptors, CB-1 and CB-2. Both of these receptors were discovered in the early 1990s at Cambridge University – individuals were taking advantage of them long before they knew about them. As well as having different signaling mechanisms, they have different concentrations throughout the body and the Endocannabinoid System. CB-1 is seen at higher levels in the brain and Central Nervous System (CNS), while CB-2 is more diffuse throughout the body.

THC is able to join the receptor so well because it mimics a neurotransmitter called Anandamide, or “the Bliss Molecule.” Anandamide is what is known as an “Endocannabinoid,” a cannabinoid that is produced “within” our bodies naturally. In its naturally occurring form, it is likely responsible for the “runner’s high” and plays a role in memory, pain, and motivation.

While THC imitates Anandamide and binds to CB-1 receptors easily, CBD does not. Therefore, THC is considered a CB-1 “agonist” and CBD an “antagonist.” This “antagonist” effect is the reason CBD users do not experience the “high” of THC – it’s not an Anandamide-copying bliss molecule. Not only does it not fit well with the CB-1 receptor, it blocks THC from entering the receptors and dulls the chemical’s effects. 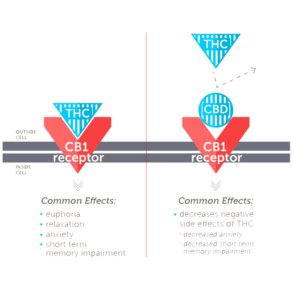 While THC has a high affinity for CB-1, CBD does not interact with either of the classical Cannabinoid receptors (CB-1 and CB-2) directly. Alternatively, CBD has more of an indirect effect on your body’s Endocannabinoid System.

CBD may have therapeutic potential when it comes to another neurotransmitter, serotonin. The activation of serotonin receptors may account for some of the anti-anxiolytic properties associated with CBD. The 5-HT1A (hydroxytryptamine) serotonin, which CBD has an influence on, is related to processes in anxiety, addiction, appetite, sleep, and pain modulation. While CBD doesn’t affect CB1 and CB2 receptors like THC, it has widespread therapeutic potential and effects across many neurotransmitters. 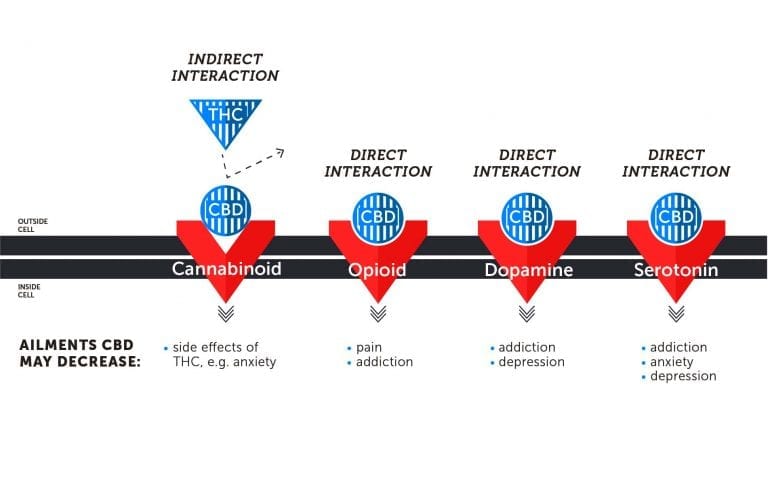 Yes, THC and CBD are different compounds that affect users in different ways. As the article made clear, THC is the psychoactive property of Cannabis Sativa that works like Anandamide in CB1 receptors. The “high” is the Anandamide-like effect that THC produces, similar to a runner’s high. CBD does not have that effect because it is an “antagonist” to these receptors, so the “high” actually become tempered. However, THC and CBD are still sibling Cannabinoids, and each has its respective therapeutic value. It’s actually a combination of all Cannabinoids, called the “Entourage Effect,” that may be more therapeutic than any single compound. Creating an agenda of one compound against the other doesn’t make sense. Yes, they are different, but they are also complementary. Hemp Living embraces that difference with our line of Full Spectrum CBD products. Rather than isolate compounds, we allow them to interact naturally, creating remarkable benefits for the user.